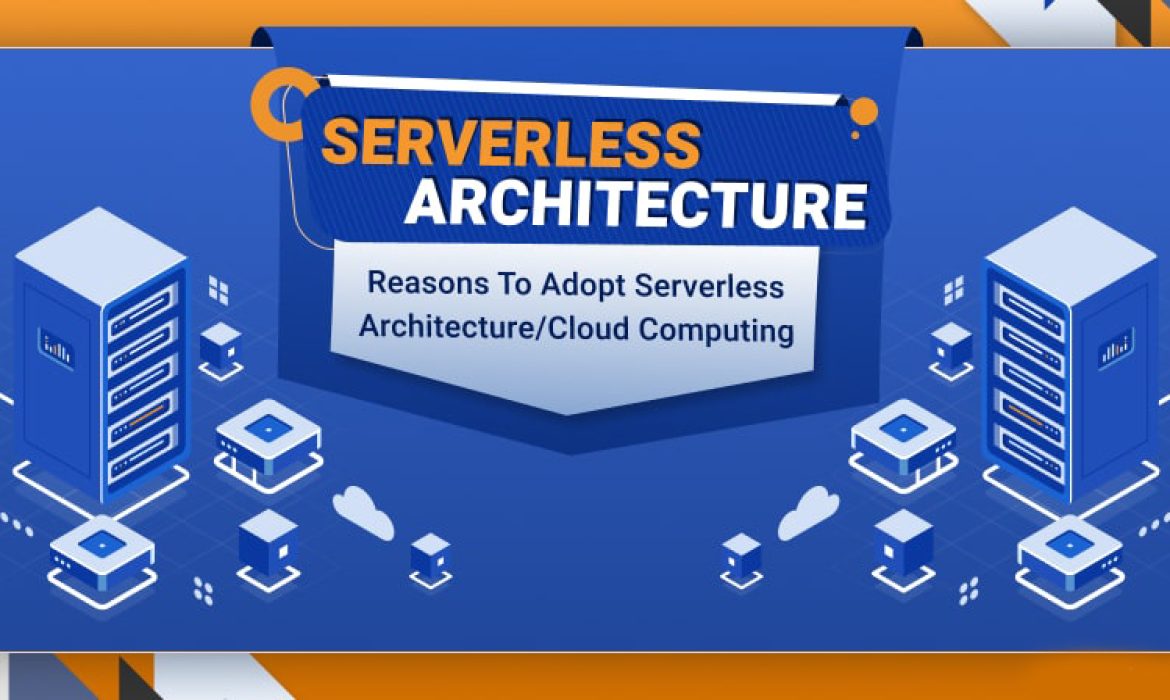 If planning a birthday party at minimum guarantee (MG) is the only option, you often think of ways to do away with it without affecting your guests or your budget. How nice would it be to play it by the year – scale the party according to the number of guests who turn up?

Similarly, if you’re planning for average to minimum usage, you can deploy serverless architecture and scale it to current usage within the project. You only wish to pay for what you use. It is about being systematic instead of being irrational or random. Serverless Architecture is alternatively known as Cloud Computing Model.

Why Do Organizations Adopt Serverless Architecture or Cloud Computing?

Serverless is a relatively new and less developed technology as of now, but it is progressing with a 50% increase in adoption rate over the last three years (updated 2021). Benefits of adopting serverless architecture include:

Microservice is the way to design an application, while serverless is the way to run an application. Both these technologies are ‘common’ in cloud computing. Micro-services use serverless functions at the time of hosting. Here, applications break into a series of small services. It is different from monolithic architecture, where all functionality runs as a single entity. An example of micro-services is a shopping website/app – where a system breaks down into several short services like a front-end application interface, advanced search, product detail service, shopping cart service, checkout service. And it works in a variety of ways – many microservices in one app or a single microservice in one app. It improves application reliability and replaces failed instance capacity. If app load increases, then it ‘replaces’ the entire application.

The application code executes on-demand in a serverless model in response to the triggers that application developers configure ahead of time. Such a code can either be implemented in chunks or as a whole. If your application resizes images uploaded by the users, setting up triggers whenever users upload a new ‘image’ to the application is an example of executing the serverless function.

Serverless executes codes efficiently and does not run continuously. You do not have to keep all parts of your application running if they are not infrequent use. You may configure them in a way to run only when they are required.

An application front end requires being active all the time. Therefore, it is a part of microservices; push notifications, alerts, or authentication services can be a part of serverless architecture.

Serverless is simple to deploy and configure. It also enables developers to upload the functions developers want to run, configure the triggers and call them.

Examples of serverless frameworks that run on IaaS architecture or on-premises are Kubeless, OpenFaaS.

Traditionally, many client machines connect with one server and the database system. The server acts as a great connecting link between those devices and the database. Traditional servers required space and cost of installation and operation. They are not flexible; scalable, which makes cloud computing a preferable option. It is cost-effective, boosts efficiency, saves time, is agile, flexible, quick to adapt, reliable and competent. It provides a better offline experience to users, can be backed up, is safe, can be encoded and monitored. Example: Netflix.

Both these architectures reduce overhead for cloud-hosted web applications, but they differ in several important ways. Containers are lightweight, but serverless deployments are even more lightweight. Plus, they scale, than container-based architectures.

Containers combine application and elements required to execute. They include – (1) system libraries, (2) system settings, and other (3) dependencies. Container applications can run and host anywhere. It s a way of partitioning a server into separate user space environments. These differ from virtual machines as later are ‘isolated’ and behave as if it is the only operating system on the ‘machine’; It is, therefore, used to host multiple environments on one server, but they use a lot more processing power than containers.

Serverless computing runs on actual servers. It is scalable, cost-effective, flexible, maintenance-friendly, requires less time to deploy, and it is easier to test serverless web applications.

Can Serverless Applications Be Deployed On The Network Edge?

Serverless code runs irrespective of the servers. It is applicable for deploying applications for users on the network edge, which reduces latency. An example of serverless functions that run close to the user is Service workers.

Serverless Architecture vs. Function as a Service

Function-as-a-Service (FaaS) is a serverless way to execute modular pieces of code. FaaS lets developers write and update a piece of code on the fly, which respond to an event, like a user clicking on an element in a web application. It makes it easy to scale code and is a cost-efficient way to implement microservices.

Conclusive: Which Type of Architecture Does iClick Enable?

No comments to show.

I got lucky because I never gave up the search. Are you quitting too soon? Or, are you willing to pursue luck with a vengeance?