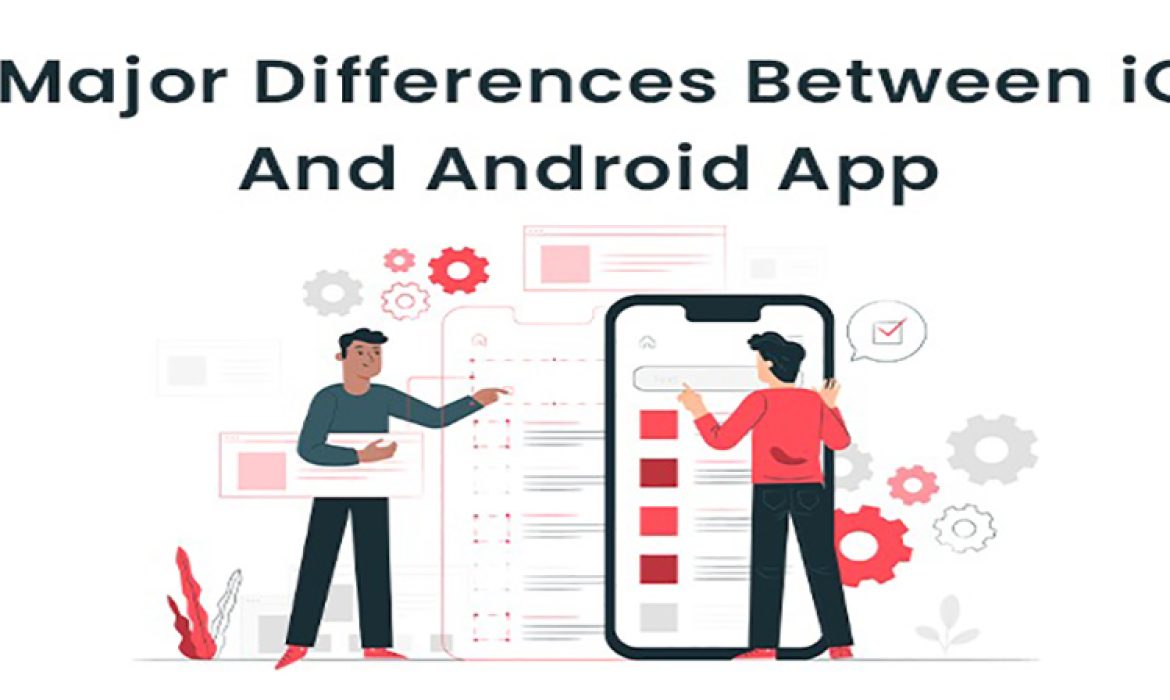 Gone are the days when we used to operate mobile devices with our ‘thumbs’!

Today, our fingers and knuckles, and gestures can do the trick on smooth gliding touch screen mobile devices. Although many healthy known operating systems are in the market, only two have paved their way into our busy lifestyles through time-saving technologies and features.

One of the major competitors in the operating system world, only two names come to our mind. The first one is iOS and the second one is Android. These two operating systems have paved the way for making mobile markets even better.

Overall, it has replaced the Nokia and Blackberry phones that we used to use back in the day. Android and iOS have shaped up our lives, and why not as it’s:-

But wait, it’s not just about the pros of using these two operating systems. What’s more important is developing an app. As the world is becoming tech-savvy and there’s a high usage of apps, it leads to significant growth in the ecosystem.

The ecosystem of these two operating systems is becoming enormous and clumsy as the number of smartphone users increases exponentially. Developing an app is a challenge as there are various constraints that we have to face. It’s fast-growing as mobile phones are penetrating. It’s becoming popular among end-users—these systems are evolving according to business needs.

According to a report conducted by Statista survey, the number of smartphone users will exponentially increase by 7.3 billion by 2025. Software engineers always are puzzled between the two operating systems Android and iOS. Both the operating systems are way different in terms of usage and design plus marketing.

So, in today’s article, we’ll be discussing five significant differences between Android and iOS Apps, understand the fundamental changes, and determine the most appropriate OS platforms to build an app for your business. Without any further adieu, let’s dive deep into the topic.

One of the significant differences between Android and iOS is the programming language used for development. Java is one of the most common languages used to develop Android-based apps. This software requires a lot of code to write.Being an open-source programming language, Android is vulnerable to two data thefts! Especially in low-budget devices. But again, being open-source contributes to Innovative and latest features provided by different coders.

Initially, the usage of Objective-C took place for developing iOS-based apps, but later Apple launched a brand new programming language called Swift. Swift is one such language that they use for developing iOS-based apps. Coding on Swift is much faster as compared to Java.IOS provides essential security for data theft as it has the best programming language in the house. Still, unlike Android, those latest features arrive much later in the league of iOS.

Apps are built faster in Swift as fewer codes are required. Kotlin is one of the great alternatives for Java as it’s fast, easy to read, and intuitive. Developers will use Kotlin for Android-based apps soon.

You won’t get to know the IDE unless you have explored Android Studio and Xcode. There’s a distinction between the two. Android Studio helps in generating multiple versions of your app for various devices and is flexible as it offers a Gradle-based build system.

It supports cross-platform, simple packaging, a tremendous amount of functionality, and excellent debugging. On the other hand, Xcode comes with a simple source editor and assistant editor. It’s a perfect tool for developing iOS/Mac apps and is easy to set up. But with more extensive projects, the IDE gets complicated.

Well, both Android and iOS come with great designs and aesthetics. Android comes with a variety of screen resolutions and pixels which makes the device look vibrant. Both these softwares come up with widgets.

On the other hand, iOS comes up with a screen resolution and pixels compatible with all the Apple devices such as iPhone and iPad. iOS comes up with a navigation bar that is at the top of the screen. iOS doesn’t come up with menus as such as you have to swipe left or right to look for your apps.

Both the operating systems have a significant share of audiences. But there’s no doubt that Android leads. Android is in the lead as it holds around 85 percent of the target audience. Whereas, on the other hand, iOS has about 15 percent of the target audience. Apple users tend to be female, whereas, on the other hand, there are more male users using Android.

There’s no significant difference between the cost of mobile app development for both Android and iOS. Both the platforms provide free tools and documentations. But the only difference is the cost of uploading your app in the market.

iOS charges around $100 a year with a high price of the enterprise. On the other hand, Android charges only $25 a year, which is way less than iOS. Plus, Android apps take less time to build as compared to iOS.

So, that’s a wrap. Overall, both operating systems are unique. If you love open-source environments and want to build an app without limitations, you can opt for Android.

But, if you’re going to develop an app for a specific target audience and love the idea of closed source, then iOS is the best platform.

But, if you’re going to develop an app for a specific target audience and love the idea of closed source, then iOS is the best platform. And suppose you’re looking for budget-friendly particular features in mobile devices, such as the best camera, best battery backup, or even a gaming phone. In that case, there are multiple options in Android.

No comments to show.

I got lucky because I never gave up the search. Are you quitting too soon? Or, are you willing to pursue luck with a vengeance?